The Media and the Academy in Africa 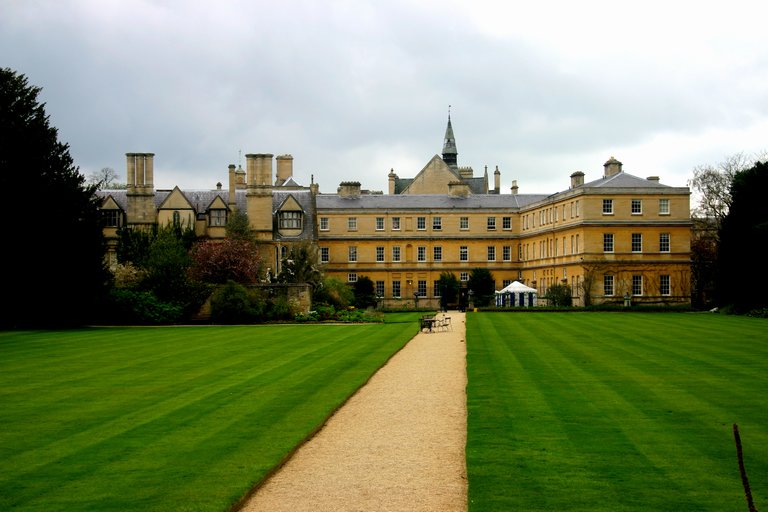 Why is it that the Media and the Academy are not closer? In the African sphere, why are there so few journalists who write in academic journals and vice-a-versa? Having worked for a couple of years as a journalist in the UK before returning to university for a masters degree in African studies before then heading to Africa, I often wonder at the parallels between the two fields. It would seem to be possible; while on a research trip to East Africa for my masters thesis, I also produced my first ever report for the BBC World Service. Is there a sort of hedgehog-and-fox distinction between the two realms? It seems on the surface that Africanist social science academics and journalists to similar things i) go into the field ii) reflect iii) then write up their results? (ignoring teaching of course!)

Take Francis Akindes – one of the world’s leading academics on Ivory Coast based at the University of Bouake (Ivory Coast’s second city). Among Ivorians and others he’s virtually unknown and I’ve only ever once seen anything in the media about him (and this was a brief interview in a local newspaper). And yet, he appears to do the same job as I do with far more expertise; analysing local politics. I’ve never heard any of my journalism colleagues here give the impression that they’ve ever read his work, and indeed you’d probably need an academic tip-off to discover any of his articles. We would seem to be in the same game with minimal interaction.

Are there not advantages to be had by academics in the journalist’s way of life? Friends of mine in Western universities seem to base much of their research on short trips (at most a few months) to the African country in which they’re researching. When ‘on the ground’ they struggle to set up base, adapt to the language and arrange a few interviews, which depend on good will and generous interviewees. While there seems to be a widespread understanding about the role journalists play and the need to talk to them, academics have to pass through more of a begging process to secure interviews; “please do me a favour and donate some of your time – I’ll send a thank you card afterwards”. A local journalist may get to speak to the president several times a year, whereas a researcher would probably be happy to have spoken to his chef de cabinet (who might admittedly be more interesting).

At university, I picked up a mix of sentiments towards journalists; there was a good deal of respect from some quarters, particularly those academics that might stoop to writing more popular works and engage a bit more in the public space (consultant reports, briefings, media interviews). For some, I also got the sense (and I hope this isn’t unfair) that there was a certain shame that academics had ‘simply stayed in education’ while others, such as journalists, had ‘braved the real world’.

But when journalists or writers of popular books came to give seminars at college they were generally given a very hard time, with little understanding from the audience of the trade-offs needed to produce i) very short reports about something, or ii) writing that is jargon-free and accessible.

I don’t quite know what the solution is, but there is surely a lot more room for collaboration between Africanist scholars and Africanist journalists, in the sort of space that someone like Richard Dowden or Stephen Smith occupies.

– Clear Writing – during my masters, I couldn’t help feeling other students far cleverer than I had a writing style that made their essays extremely difficult to read and cost them marks (no feedback please on the quality of this blog!). Sometimes there’s a need for multiple sub-clauses when wanting to head off all the possible ‘yes, buts’, but in many cases it can be avoided.

– Immersion – resident journalists live and breathe a country, constantly engaging and learning; reading nearly every newspaper and online reference everyday, and attending to history as it happens. There’s something important about being able to say ‘I was there, I saw it, she told me’.

– Accessibility – most journalism about Ivory Coast is freely available on the web. Journal articles on the other hand are generally behind pay walls. Whatever the economic arguments, there’s surely something noble about offering the best knowledge to the most people.

– the importance of the Big Picture – Journalists frequently stay for 2-3 year stints and so reportage regularly lacks historical perspective. How do current events also tie in to events elsewhere and broader geopolitical movements and ideas?

– Rigour – academic journal articles are often very good at getting to the bottom of something and establishing key facts. For example, a journalist may say that Henri Konan Bedie favoured his own ethnic group when president in the 1990s. But it’s the academic articles that test this statement, find it to be verifiably true and to what extent, and give it a name: ‘baoulization’.

With all the cross-overs though between the two fields, there must be more room for collaboration. Perhaps it all comes down to very different inflexible career structures. Journalists that could potentially write journal articles are almost certainly freelance/stringers, and I’m not sure the payment-to-time ratio would be rewarding enough. Perhaps the easier cross-over is for academics to write journalistic articles (by which I mean accessible and shortish). Surely our respective audiences simply want to learn about what’s going on in Ivory Coast, and reading (Abu Bakarr Bah, 2010)* may well be a more interesting and informative option than the journalism they might stumble across on Google.

But while we wait for things to change, I guess journalists will carry on doing their best to avoid anyone calling their writing ‘academic’ (i.e. dry and unreadable) or their conclusions ‘academic’ (i.e. irrelevant), while academics will at all costs avoid that any seminar guest judges their presentation ‘journalistic’ (i.e. shallow and sensationalist).