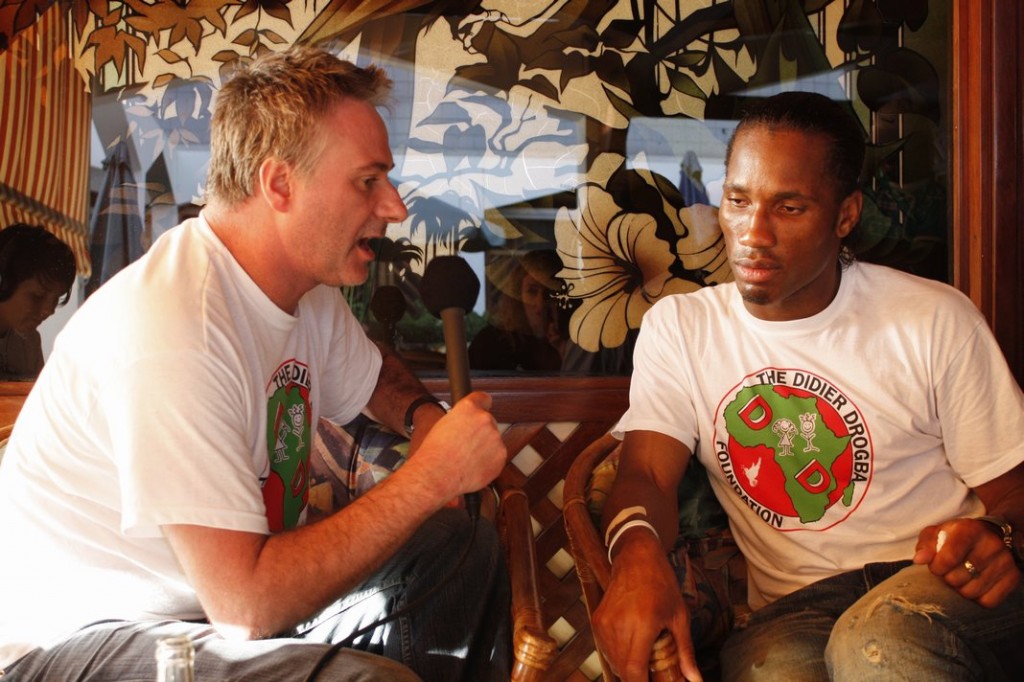 Every now and again I get an email asking for some advice about working as a foreign correspondent. There’s a good slideshow published this week which gives out some excellent advice (link), and I thought I’d point you to it and add some thoughts of my own.

On first glance, being a foreign correspondent makes little sense. Why report from a place where you are foreign? A few days ago you could barely place the country on a map, you can’t speak the local language, you’ve got no idea how people think and feel, and at best it’s hundreds of miles from where you grew up. The answer is that when you’re a foreign correspondent you’re telling other people about a place that’s more foreign to them than it is to you, and as a ‘foreign place’ it’s both interesting and unknown.

Many news organisations increasingly use nationals to report on their own country; something that is laudable and beneficial. But I think the foreign correspondent will never be redundant because i) many people will prefer to hear news from foreign places delivered by someone who isn’t foreign to them, and ii) working as a journalist in a language that is not your mother tongue will always be possible only for a very small group of talented people.

It’s always tempting to think things were better in the past than in the present, but there are a couple of factors which make this an increasingly interesting time to be a freelance journalist overseas.

– technological evolution means it’s now possible to be a one-person tv, radio, text and online crew for only a few thousands dollars. It’s also far easier to send back your material and to be in contact with editors back at base.

– budget squeezes mean expensive things (like sending your staff journalists overseas for a reporting trip) or even having staff employees based overseas can look extravagant. So, more opportunities for those freelancers already based out there. Using an in-country freelancer will in many cases mean savings of several thousand dollars just by getting rid of travel fees and hotel bills.

So what do you need to do and be to succeed?

Firstly, learn to be a journalist. Some people – in the UK, often those from a public school background – have the audacity to simply leave university, grab a rucksack, and start reporting. They often succeed. I think for long-term success and perhaps a little more respect for the trade, it’s best to get yourself trained up. This means getting work experience/internships, doing a practical training course such as a Postgraduate diploma and working professionally in your own country. This will not only give you the basics, but also help you to build up funds, get contacts in the media and understand the industry’s culture.

The danger is that you lose sight of your dream, settle into a comfortable life and get used to having a salary. Nothing wrong with that of course, but you could also be missing out on something far better. If you’re determined to succeed, use this time to gain new skills and keep your lifestyle in check (don’t spend money at a level you’ll find difficult to support during your initial freelance days).

Secondly, as a freelancer, the wider your interests and skills the better. One of the advantages of being a journalist in a particular country is that that is your patch. While back at home you may be lucky to be the ‘transport correspondent’, here you are the transport, sport, art, culture, business correspondent all rolled into one. If you at least have a basic grasp of football for instance, you can almost certainly make some money out of covering the national football team and it adds to the variety of the job.

Related to this, try to get to grips with all forms of journalism – you may be a newspaper journalist, but if you can take photos, you’ll add significantly to your income (often you can earn more for the photos accompanying your article than the article itself). The same applies to skills like using a microphone, filming, tv editing, basic website design. I was very firm on leaving university about drawing up a list of the skills I needed and then actively seeking them out. Others might find this a little ‘five-year-plan-ish’. Be practical – if you want to add photography skills, buy a camera and do a course. Every piece of equipment I’ve ever bought to ‘learn from’ has paid for itself in reports. The only false note is that I spent hours a day for two years learning shorthand and I never use it.

Thirdly, languages are one of the most important ways in. Becoming the AP stringer in Ghana is going to be a lot more difficult than in neighbouring Togo. If you can report in English from a non-English speaking country, you’re significantly reducing the competition for ‘strings’ with news organisations but also making it more likely that your pitches to newspapers and magazines will be fresh and unique. Sometimes proving yourself in the most minor of countries, puts you in ideal position to then work somewhere else ‘more important’.

Finally, there’s an element of ‘just to it‘. I’ve seen all sorts arrive in Ivory Coast to freelance and to my knowledge only one person didn’t succeed. Do prepare well beforehand before moving out to the country of your choice and try to come with at least a half-promise of a string or relationships with a news agency. If you can, prepare the funds you need to live for a year, so that you’ll be able to support yourself without selling any work, in the barely imaginable case that you have to. That takes the pressure off. Once you’re on the ground, you’ll be well positioned to pick up any free strings when other journalists leave (as they often do every 2-3 years or so). Freelancing only gets easier as you go along. At the very worst, it’ll be an incredibly interesting gap year.

I did a history degree at university where I was involved in some student journalism. I then took a year out to do work experience at around 20 different media organisations before getting a place on a postgraduate diploma in broadcast journalism. The course had a placement at a BBC local radio station, who then employed me on a freelance (but full-time) basis for the next six months and then on a contract. I then moved from radio to commercial television, before returning to university for a masters degree in African studies. From there, I spent a few months freelancing in London before moving out first to Congo-Brazzaville and then to Ivory Coast.

In praise of this life…

Finally, I hope you succeed because I think it’s a really interesting life. At a basic level, it’s like being a journalist in your own country, except you are (potentially) the newspaper, tv, online and radio media rolled into one, covering every single area of news. As your own boss, you have an incredible degree of freedom to follow your interests; photography, fashion, music, politics. Decide what you want to cover and in what form and you’ll almost certainly find someone willing to publish an article about it. The degree of freedom means you can also bolt on other interests whether paid or unpaid; teaching, consultancy, business, charity…

Maybe at some point, you stop being a foreign correspondent; is that when you gain nationality, when you call this home, when you buy a house, when you start a business? I’m not sure.