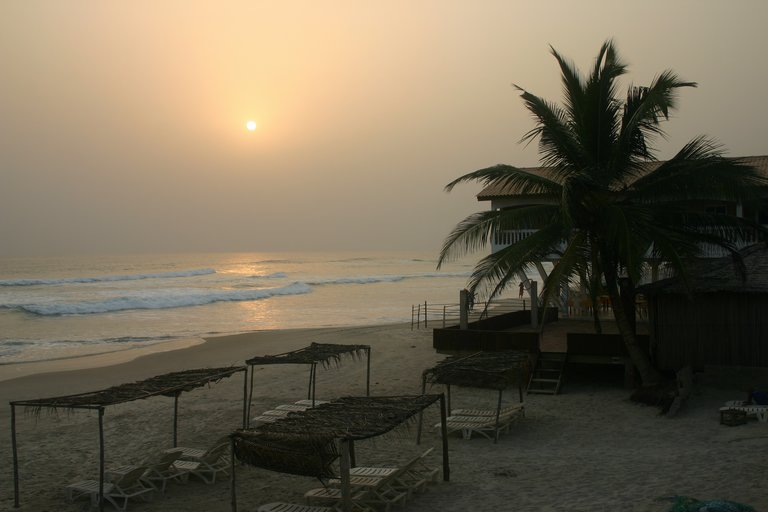 This morning the Ivorian Ministry of Tourism held their first ‘tourism breakfast’ for those in the sector to meet the minister and debate a particular subject. The government is looking to to double visitor numbers to 500,000 by 2015.

While the breakfast is worth applauding and attended by more than a 100 people from the industry, I was disappointed by the institutional nature of the discussion. Sadly bureaucrats (or functionaires as they call them here) think they know the solution to any problem; more laws, more documents, more state aid and greater applicability of the texts. Some of this is helpful, but I fear a great deal is either wasteful or counter-productive.

They key topics were as follows; the presentation of rules and regulations for the enforcement and regulation of hotels and restaurants so that every restaurant is inspected and given a star rating. Secondly, the ministry is paying for what no doubt will be an expensive tourism guide for Ivory Coast in the form of a magazine that will be principally seen by public officials.

I think the authorities are missing the point slightly – I can only see these as being of secondary importance to boost tourism in Ivory Coast.

The problem with the rating system

In theory, there’s nothing wrong with a rating system, and it may be a way to raise standards. However, I fear, that the biggest impact will be to divert ministry resources that would better spent elsewhere and will increase the paperwork for tourism establishments. The desire to categorise is as old as man, or at least the first public official, but does it really make a significant contribution to raising the number of visitors? I’ve travelled to a variety of countries on a variety of continents and I don’t think I’ve ever once considered a star system when making a choice of hotel or restaurant.

The problem with the guide

Communication, as we know, is important. Sometimes though, I get the sense that ministries feel like they’re not communicating unless they have their in-house glossy magazine, produced at great cost, but which has minimum impact. Anyone who has seen the in-house magazine of the Ivorian Treasury will know what I’m talking about. It is almost scandalous that anyone in 2011 is spending time discussing the ins and outs of a ministry magazine when the tourism ministry has a website that doesn’t seem to have been updated for four years, while the government’s “Cote d’Ivoire Tourisme” division’s website, was built in 2005. I know of talented people in the private sector who are planning magazines that meet all the objectives of the ministry and yet will cost the government nothing! Perhaps it’s worth letting the private sector do the job.

It seems to be that at a basic level, boosting the tourist sector is quite straightforward. (Well, one way it’s quite straightforward is that the only tourists that are counted are those that come through Abidjan airport, so start counting those at the borders, and the numbers are bound to go up – something the government is planning to do).

But more seriously, first of all you need to tell visitors to come (communication and marketing), then you need to make it easy for them to come (information, visa service, arrival) and thirdly you need to make sure they have a great time (quality of service, plenty to offer, etc).

Here are a few practical suggestions;

1. Design a practical, attractive website for the country’s tourism industry that isn’t overly complex but does the job, is kept up to date, and has email addresses and telephones that people pick up. Regular communication and responsiveness to queries are more important than flash graphics.

2. Make tourist visas available at the airport, so you don’t have to get them beforehand, and even better make them free. Why make it difficult for people to visit your country?

3. Concentrate efforts on key assets. I would suggest these are the following – the city of Abidjan, Banco, the beaches, Bassam, and 1-3 national parks.

– Abidjan – the majority of visitors come for business, and in 2015 that will still be the case. But give this captive audience something more to do – encourage a handful of cultural activities; museums, parks, water cruises, galleries – to complement the existing restaurant and night life scene.

– Banco – totally underused, but I think one of Ivory Coast’s key assets. Very few cities in the world have a protected tropical rainforest at their heart. Even fewer have one that no-one visits, which is the case here. Invest in i) protecting the park ii) communicating about the park iii) making a visit interesting (tree top walks are a great way to add something special). Most people aren’t going to leave Abidjan for a national park, so concentrate on the one they can get to.

– Bassam – Ivory Coast doesn’t have all the coastal forts of Senegal and Ghana (though there are some), but Bassam is special. Get behind efforts to put it on the World Hertitage list, and starting making Quartier France a five-star attraction.

– national parks – first a reality check – West and Central Africa will never have the tourism industry of East Africa – the game are different and most of it is hiding in the forest that tourists will never see. Now that’s understood, concentrate on a select elite market that will travel to visit one or two parks and concentrate on giving a few people an expensive but rewarding time. For beach tourists (the principal dedicated tourists), offer them interesting day trips to local parks and reserves where the nature is protected and viewable.

I’m not a tourism expert, so you’re welcome to dismiss these thoughts, but I just wanted to see what people think.

This entry was posted in Culture, Economics, Tourism. Bookmark the permalink.