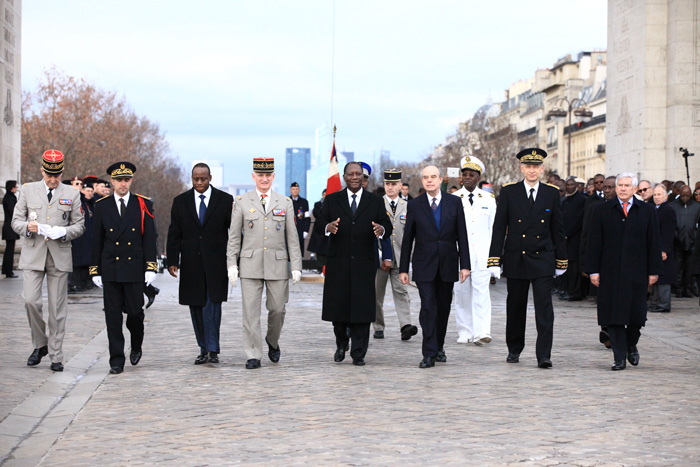 Like them or loathe them, it’s not hard to understand the Ivorian attachment to the French. It’s all well and good to talk up the benefits of working with a broad range of partners (something I think Ivory Coast seems to be doing given the Chinese and particular Arab visitors these past few months), but at the end of the day no other nation will roll out the red carpet for Ivorians like France. I was first struck by this while waiting for an interview with the president after the investiture in May. France 24 had a team of about 20 technicians, journalists and station directors all there for a 30 minute interview. The previous days ceremony had been broadcast live. Most organisations wouldn’t even deploy on anywhere near that scale for the US president. Could you imagine the British prime minister taking several days out of his schedule to be at the inauguration of any president anywhere in the world? But the French like these personal political touches – the protocol, the grand state visits and the close (unseemly?) ties between business and politics. While it’s nice to do business with America, they’re never going to sign massive cheques to make bilateral loans at discount rates on anywhere near the scale that France does. While it’s nice to do business with Germany, the German chancellor is almost guaranteed to never set foot in Ivory Coast as Sarkozy did.