Five Basic Tips for New Arrivals in Ivory Coast, and perhaps Africa too 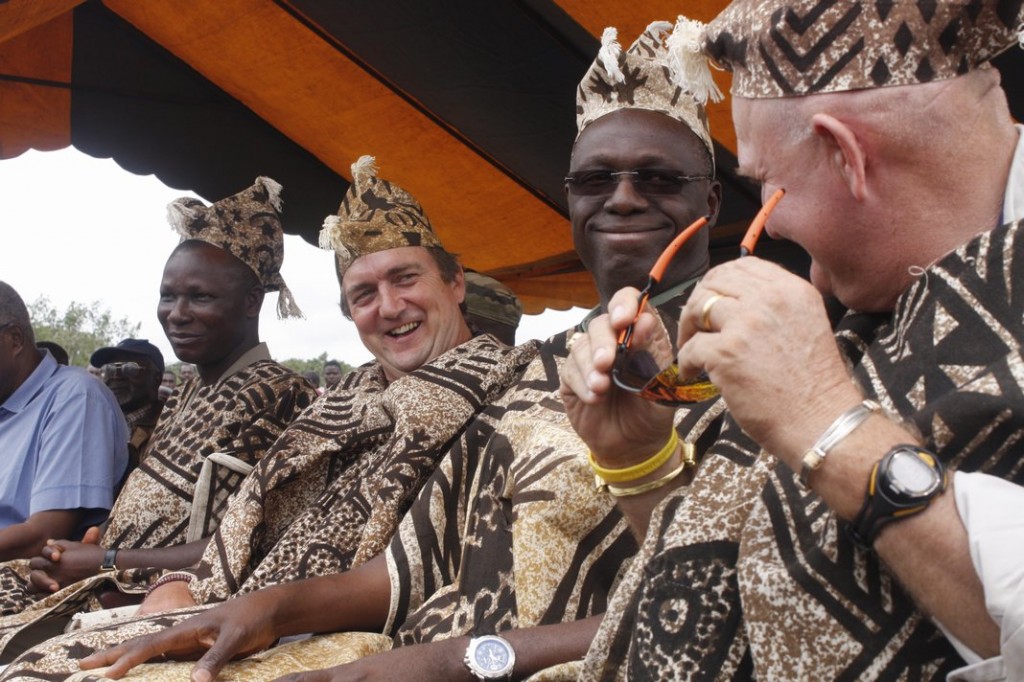 Ivorians live in hope that following the resolution of the recent conflict, the next few years will see floods of foreign investors heading for the shores of the Ebrie Lagoon. Like in any culture, there are a few basic guidelines that will help new arrivals in Ivory Coast get along well and make a good impression. Here are some, hopefully helpful, tips…
1. Greetings – these are obviously fundamental and key to the first impression in any culture. The basic physical greeting is the handshake. Unless you’re heading to a village, stories of shaking hands for ten minutes on end while asking questions about each respective member of the other person’s family are exaggerated. However, handshaking is an important ritual – not just the first time you meet someone but every new day. When you had into the office in the morning take the time to shake everyone’s hands.
As you get on slightly friendlier terms, women-to-women and men-to-women greet with French style cheek kisses; three alternative pecks, starting by heading right (touching left cheeks). For men, you may arrive at the male-to-male version of this – touching alternately the upper sides of your head, but this is for very close friendships and used infrequently or in more traditional settings.
Unlike in the West, there is a basic anticipation that you will verbally greet people you come across. This includes for example, the people you find in a lift, the people on the bus, and possibly even the clients of a restaurant you walk into. In another example, when you ask for directions from a random stranger on the roadside, don’t start with ‘excuse me, how do I find X?’, but rather ‘bonjour’ followed by a response.
2. Inviting – hospitality is an important part of Ivorian culture and Abidjan has a broad range of high-quality restaurants. However, if you invite, there’s a good chance you’ll be expected to pay. When you invite, you are offering not only your availability for a meal, but also your willingness to pay for your invited guests.
Similarly, be careful about eating in front of anyone, without first inviting them. They will almost certainly politely refuse, but it is seen as impolite to eat in the presence of other people without inviting them to join you (even if you only have one plate).
3. Hierarchy – for Western visitors, it’s worth being aware that there are more traditional ideas of respect than in Europe / North America. This is true as regards to age, gender and company position. This extends to using more titles and family names, and less first-names. A government minister should for instance be called a minister (monsieur le ministre).
4. Clothing – part of showing respect is dressing well. Your business may amount to more than the national GDP and back home the boss may come to work in a T-shirt and flip-flops, but in Ivory Coast a tie and suit are the norm for business meetings, and wearing a decent well-fitting suit will be an important statement not only of seriousness but also respect. In recent years, the West has taken a turn towards greater informality, but in Ivory Coast, he/she who can dress smartly, does (it shows you can afford not just the actual suit and tie itself, but the air conditioned environment needed to keep cool in the tropics).
5. The right hand – when handing over anything to anyone use the right hand; difficult to do at first when you come from a culture where right or left hold little importance.
Of course, these are just guidelines. Ivorians are generally relaxed, forgiving, easy-going and cosmopolitan people and in a country with more foreigners as a percentage of the population than almost anywhere else in the world, people are used to interactions with non-nationals. But making an effort will help make a good impression and add to the strength of initial relationships.
This entry was posted in Uncategorized. Bookmark the permalink.

2 Responses to Five Basic Tips for New Arrivals in Ivory Coast, and perhaps Africa too