Moto-taxis – a solution to unemployment in Abidjan? 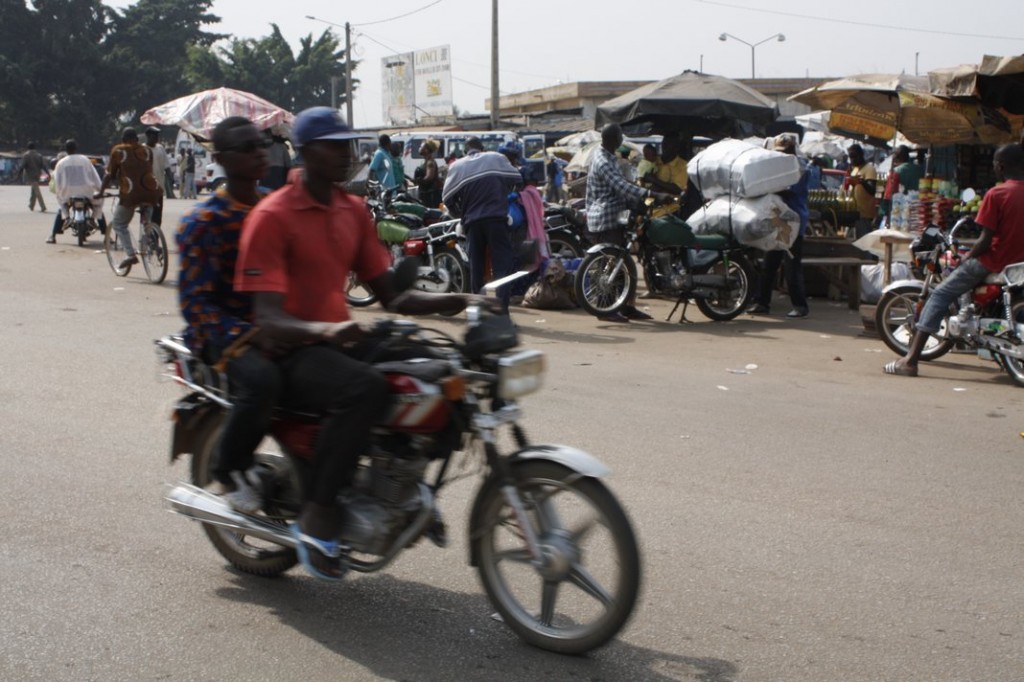 To any recent visitor to Ivory Coast’s second city Bouake, the first remark is generally about the abundance of motorbikes and particularly mototaxis. These have flourished because i) mototaxis are illegal and the law hasn’t applied in the northern half of the country since 2002 ii) motorbikes are cheap because there are no import duties or road taxes.

A recently published academic paper gives an insight to the mototaxi trade in Benin and Togo, and indeed such taxis are a regular feature of many other cities on the continent. Perhaps they would be a welcome addition in Abidjan.

– driving around Bouake is no mean feat; increase in casualties and it makes it a lot more difficult to cross the road

– Abidjanais would complain that they don’t befit their shiny (well, once shiny) commercial capital. They’d probably say Ouattara was turning Abidjan into Ouagadougou-sur-la-mer (see this).

2 Responses to Moto-taxis – a solution to unemployment in Abidjan?