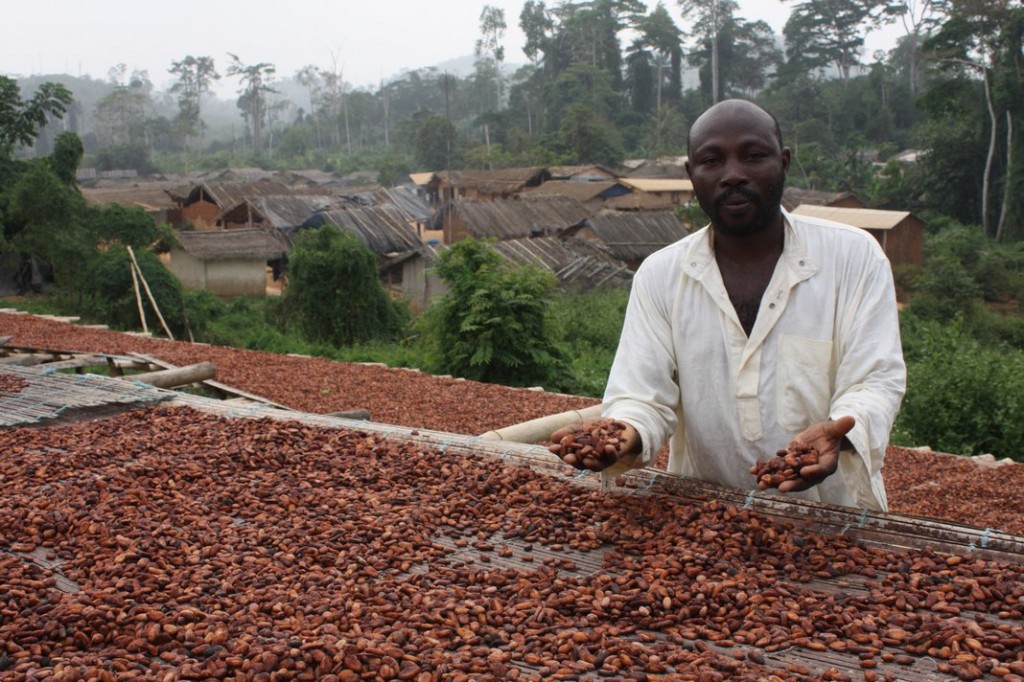 Since independence in 1960, Ivory Coast’s economy has been built on growing and exporting cocoa beans, and since the late 1970s it’s been the world’s biggest producer. Current production is just over 1.2 million tons per year, around 34% of annual world production. A radical overhaul of the sector at the end of the 1990s coincided with the country’s first coup d’etat, and reforms and sector management have been a disaster ever since. The previous government was planning reforms, and indeed during the crisis president Gbagbo tried to nationalise the purchase of cocoa in a bid to get round an export embargo. Given the sector is the direct source of income for 700,000 households, reforms are likely to be central to the new government’s programme, as discussed in a few recent articles including, ‘Should Ivory Coast nationalize its cocoa?‘

I thought I’d add a few points for debate…

– there’s a broad consensus of opinion in favour of reforms, and reforms that would see more state involvement (including from the World Bank, after having earlier supported the 1990’s liberalisation programme). All the main presidential candidates favoured some sort of step back to state control.

– reforms were already introduced by the previous president; the four or five agencies that ran the sector were put under the control of a new overarching body (the CGFCC) and this simplification of the organisational structure is likely to continue.

– the advantage of the Ghanaian system are not actually higher prices; although that is the case in this current season, where Ghana’s fixed farmgate price is higher than that offered in Ivory Coast. When this happens, beans are smuggled over the Ivorian border to Ghana (providing the difference is higher than 100 CFA/kg). But Ghana’s high price is in part because in the previous season, the government made a killing by on the market by offering a lower price to farmers, who then (where they lived close to Ivory Coast), smuggled their beans out of Ghana.

– it’s not the fixed price per se that gives more income to farmers, but governance. Orla Ryan makes a strong case in her new book on West African cocoa, that it was only with the democratic process in Ghana, when cocoa farmers were taken seriously as a constituency (because their votes counted), that they were suddenly offered a far greater share of the world price.

– a fixed price is still tied to the markets. It’s advantage is that it offers i) greater price stability to farmers ii) allows the cocoa board to negotiate from a strong position with buyers. In Ivory Coast, the floating price isn’t an evil in itself, but the lack of support alongside the liberalisation process left farmers ill informed and open to exploitation. There is much confusion about the so called ‘indicative price’ which is given by the cocoa management board in Ivory Coast as a type of ‘guide price’ at the start of the season (1 Oct). In reality it means absolutely nothing because there is no mechanism, legal or otherwise to back it up.

– production in Ivory Coast is still strong, and well above no. 2 Ghana. What is worrying though is the lack of support for farmers. Just take the case of swollen shoot, a disease that can devastate orchards. While Ghana can use its centralised system to fund an organised programme to fight the disease, Ivory Coast, after discovering the disease in 2003, only launched a programme to find out how widespread the disease is (note – not to actually do anything about it) in 2008, and the results have yet to be published.

So, here are three points to consider in any reforms:

– cocoa organisation needs to be more transparent and accountable to end years of corruption that has taken money from farmers to rich bureaucrats in Cocody (rich suburb of Abidjan). Any levies need to be accounted for and judged for effectiveness.

– high-level strategic planning needs to give thought to the crop and its role in the Ivorian economy; should the country produce more or less? quality or quantity?

– land rights issues were at the heart of the crisis, and concern the cocoa sector more than any other.

This entry was posted in Uncategorized and tagged Cocoa, Ivory Coast, Reforms. Bookmark the permalink.