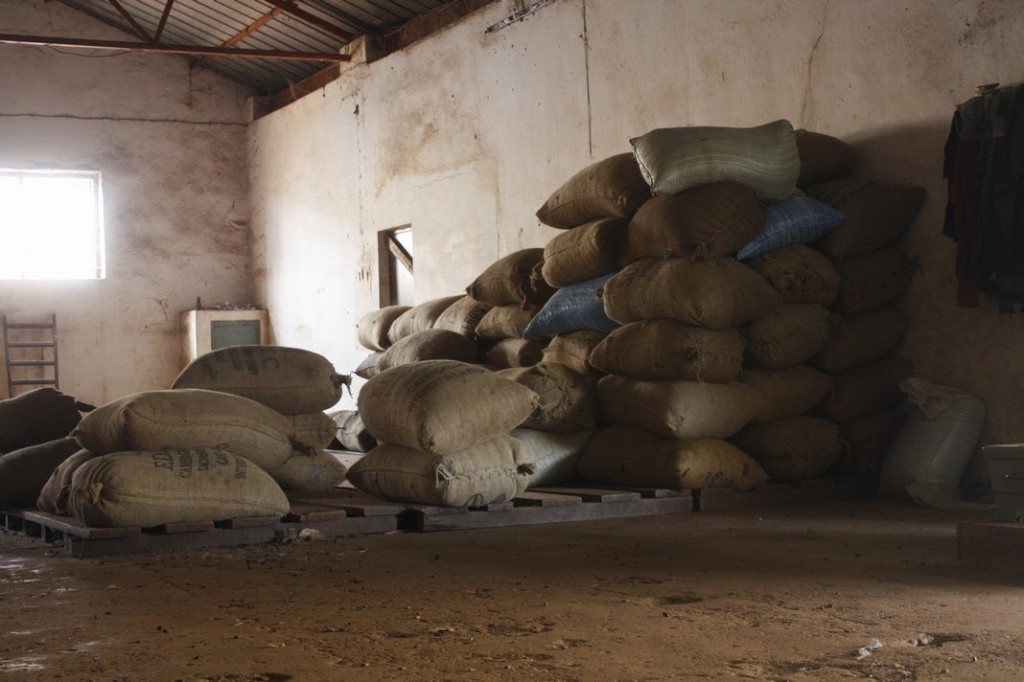 The official end of the cocoa season is still two months off, but already with most of the season’s cocoa purchases made, figures are well over 1.3 million tons and could pass 1.5 million by 31 September. That would represent a record harvest in a country that not only saw a devastating post-election crisis, but also massive smuggling to neighbouring Ghana (which itself is expected to break records and top 1 million tons).

At a basic level, it shows the truth of something that’s become apparent in recent years – that however serious the political and military conflict, the cocoa always gets out. When the rebellion started in September 2002, world prices shot up, but exports remained strong. This year the cocoa industry suffered sanctions on the ports and a widely respected boycott on cocoa exports even before the main fighting started.

What’s going on? The key factor is of course that the weather has been superb – bountiful and extended rains with a very light harmattan season (the dry desert winds from the Sahara that in December/January move into the cocoa belt and can cause problems).

The second factor is that prices have been high for a couple of seasons now. In fact we’ve witnessed highs not seen on the world market for 30 years and those prices have led to record Ivorian farm gate prices, which has encouraged production. In addition, pressure from the World Bank and IMF led the previous Gbagbo government to agree and implement total cocoa taxes of only 22% of the export price – so farmers get more of a cut of world prices. That provides incentives for production. There’s not that much more room left for growing cocoa, and rival crops like rubber are providing popular, but it has encouraged better use of cocoa orchards (more regularly cleaning and investment in pesticides).

Finally there are a number of other positive factors, which though limited in reach at the moment, must also have contributed positively;

– a scheme to improve bush roads

I think overall the last decade has taught cocoa farmers to survive in the less than favourable environment. They’re used to the state offering very little, so when the government is fighting a civil war, farmers know how to survive.

Where are we heading?

Providing the world economy doesn’t suddenly go under (reducing demand for cocoa), the signs are still positive and prices are reasonable stable (and high). Cocoa sector management in Ivory Coast couldn’t be too much worse, so now any improvements (and reforms are long-awaited) should give results. Farmers currently get poor yields from their farms and so improvements in husbandry, chemical use and new varieties should also add to both production and quality. It’s perhaps too much to hope for weather conditions to be as positive in the 2011-12 season, but if more cocoa stays in Ivory Coast and the dismantling of the northern rebel zone means cocoa ceases to be smuggled out through the north (watch for a drop in Togo’s cocoa exports), then things can still be positive for the cocoa crop, cocoa farmers, and state revenues.

This entry was posted in Economics. Bookmark the permalink.

1 Response to Cocoa: A record year